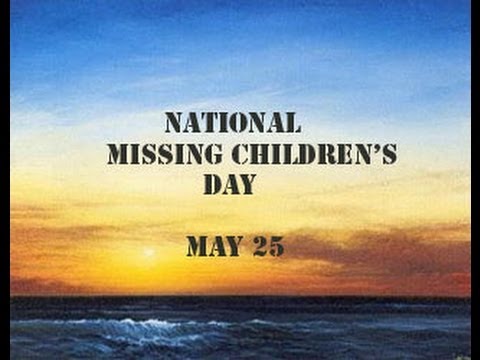 National Missing Children’s Day is commemorated on May 25 to remember missing children and spread the word about child abduction. All around the country, various organizations organize events to spread the word about the safety of children. The day serves as a reminder to strengthen our efforts to try to reunite the children who are missing with their families and honor all those who are working for the cause.

National Missing Children’s Day was proclaimed by President Ronald Reagan in 1983 to acknowledge the many children who go missing each and every year. From 1979 to 1981, a series of child abductions shook America. And it began with the disappearance of 6-year-old Etan Patz in New York City, on May 25, 1979, while he was on his way to school from the bus. Etan was unfortunately never found but the accused, Pedro Hernandez, received a prison sentence in 2017.

National Missing Children’s Day is observed to commemorate the date of the disappearance of Etan Patz and honor all other missing children. During the time of Etan’s disappearance, child abduction gained almost no attention from the national media. Yet, Etan’s case stirred up an uproar and received a lot of coverage. And, as a result, there was a huge search and increase in the attention of the public on child abductions and the lack of proper plans to address the issue. This finally led to the Missing and Exploited Children’s Movement.

The U.S. Department of Justice commemorates National Missing Children’s Day every year with a ceremony to honor the heroic efforts of all those organizations, agencies, and people who work towards the protection of children.

The National Center for Missing and Exploited Children (NCMEC) holds events on the day to spread awareness among the public about threat of child abduction, ways to keep children safe, and support the victimized families. The center also started the “Take 25” initiative that encourages people to take 25 minutes and talk to their kids about the importance of safety.