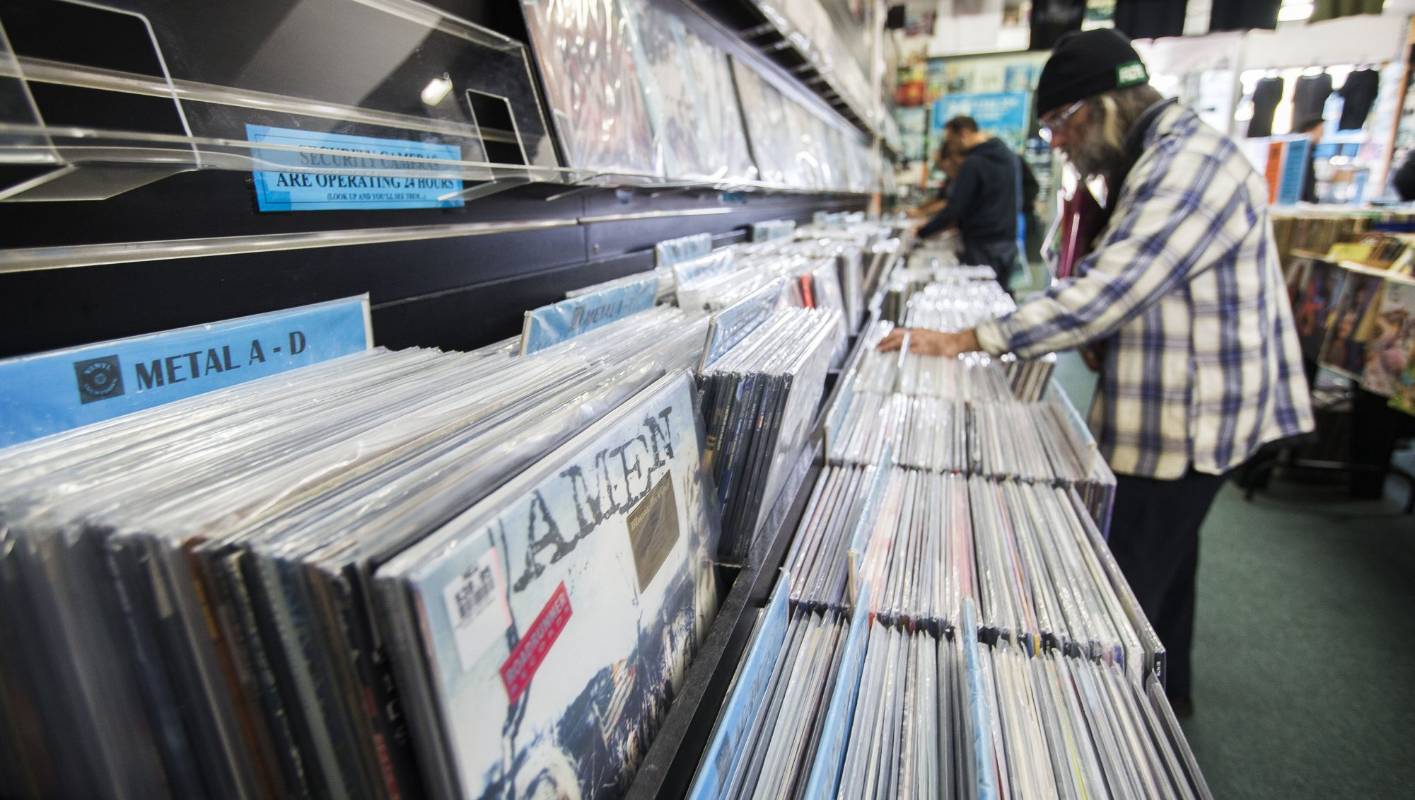 National Vinyl Record Day on  August 12 is your chance to go old school. Spin music lovers all around the world have disagreements on a number of things, but one thing we think everyone can agree on is that vinyl records are here to stay. For those who value the quality of sound, owning physical copies of your favorite albums, or simply the nostalgia factor, it’s probably safe to assume you’ve got your own collection of vinyl records stashed away somewhere. So now’s your time to dust off the old needle and let the music take you away on a cloud of good, good, good, vibrations.

Music enthusiast and founder of the first nonprofit organization dedicated to the preservation of the cultural influence of vinyl, Gary Freiberg created National Vinyl Record Day as a way to honor the art behind the music, collecting, and recording.

Also known as a phonograph record, the first vinyl ever created was by American inventor Emile Berliner in the 1890s. By 1895 record players were released to the masses, but soon became dominated by the rise of radio. Though record players still sold well in the 30s and 40s, it wasn’t until the 60s and 70s that the golden age of records reached its peak. The first cassette was released in 1962 and gave vinyl some stiff competition. Because cassettes were more portable and able to rewind, fast forward, pause, play, and stop at the touch of a button, consumers latched onto the new technology. In 1974, the development of the Compact Disc (CD) began, which nearly drained the vinyl market in 1988. From 1988-1991, there was a continued decline in vinyl sales, with only collectors and audiophiles remaining loyal to the format. However, since then, records have made a huge comeback for a number of reasons with what is now called “The Vinyl Revival.” Today we recognize the positive impact vinyl not only had on our lives,  but also on music itself.

Freilberg explains that “The objective of Vinyl Record Day is to remember that, whatever we go through on a personal or national level, life has its goodness. Music is the primary vehicle to our fondest memories, Vinyl Record Day is to celebrate and remember them.” This event will hopefully say, “Let’s remember our favorite music, let’s remember fond memories, let’s celebrate our good times.” And we couldn’t agree more!