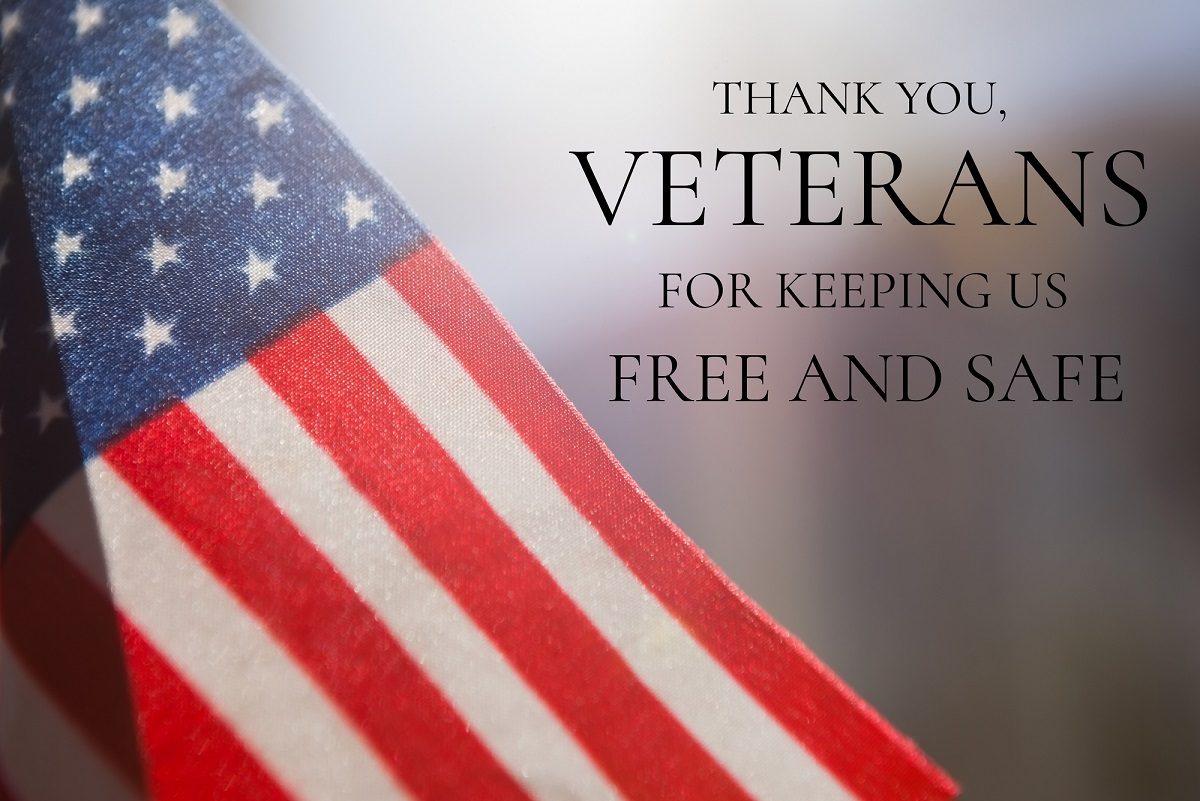 Veterans Day is observed annually on November 11. It’s a holiday honoring men and women who have served in the US armed forces, on the anniversary of the end of World War I.

Veterans Day, originally celebrated as Armistice Day, was first issued on November 11, 1919 by President Woodrow Wilson a year after the end of World War I. The purpose of Armistice day was to honor the fallen soldiers of The Great War for their sacrifice and bravery. 7 years later in 1926, Congress adopted a resolution requesting President Coolidge issue annual proclamations on November 11, making Armistice Day a legal holiday.

In 1945, World War II veteran Raymond Weeks had the idea to expand Armistice Day to celebrate all veterans rather than just the ones who died in World War I. He led a delegation to General Dwight Eisenhower, who was all for the idea. Weeks then conducted the first Veterans Day celebration in 1945 in Alabama and every year until he died in 1985. In 1982, he was honored by President Reagan with the Presidential Citizenship Medal. Weeks was also named the “Father of Veterans Day” by Elizabeth Dole.

In 1954, after having been through both World War II and the Korean War, the 83rd U.S. Congress — at the urging of the veterans service organizations — amended the Act of 1938 by striking out the word “Armistice” and inserting the word “Veterans.” With the approval of this legislation on June 1, 1954, Nov. 11 became a day to honor American veterans of all wars.

Ed Rees, the U.S. Representative from Emporia, Kansas, presented a bill establishing the holiday through to congress. Eisenhower, who was now President and also from Kansas, signed the bill into law on May 26, 1954, 8 and a half years after Raymond Weeks held the first Veteran’s Day.

A few weeks later, June 1, Congress amended the bill replacing “Armistice” with “Veterans.” The National Veterans Award was also created in 1954, first received by Congressman Rees for his support in making Veterans Day a federal holiday. Though the holiday is currently and was originally celebrated on November 11, the day was moved to the fourth Monday of October in 1971 due to the Uniform Monday Holiday Act. Finally, on September 20, 1975, President Gerald R. Ford signed a law which returned the annual observance of Veterans Day to its original date of Nov. 11, beginning in 1978.

United States Senate Resolution 143, which was passed on Aug. 4, 2001, designated the week of Nov. 11 through Nov. 17, 2001, as National Veterans Awareness Week. The resolution calls for educational efforts directed at elementary and secondary school students concerning the contributions and sacrifices of veterans.

Most veterans prize the time spent serving their country and one of the best ways to honor that service is to present military-themed gifts like bottle openers (apparently a “thing” among vets,) wooden U.S. flags or specially-designed pens to the veterans in your life.

Big name restaurants are looking out for veterans-turned-foodies with Veterans Day deals on free dinners at Chili’s, Applebee’s, and all California Pizza Kitchens as well as breakfast specials at Golden Corral restaurants from 5-9 a.m.

Remember your active service military friends and veterans’ organizations overseas with a goodie bag of cookies by Operation Cookies, a company owned and operated by veterans sending delicious,  home-baked cookies to homesick military personnel stationed anywhere in the world.