What's Up With Daylight SavingTime? 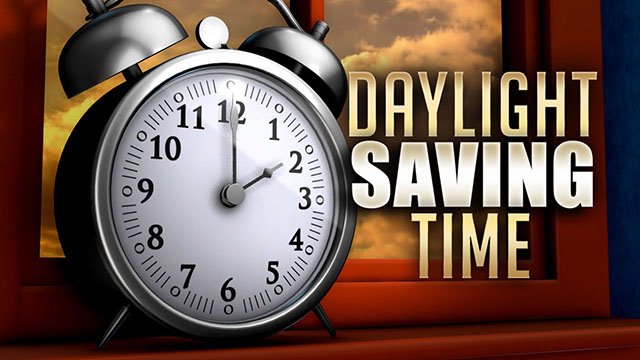 Twice a year, clocks around the world move forward or backward by an hour.
But what's the point?
There's an age-old myth that Daylight Saving was a practice adopted to give farmers extra time in the sun to work out in the field. But, that's not really why dozens of countries follow it.
Daylight Saving Time (DST) is a system to reduce electricity usage by extending daylight hours. For eight months out of the year, the US and dozens of other countries follow DST, and for the remaining four months, revert back to standard time in order to take full advantage of the sunlight.
On the second Sunday of March at 2 a.m., clocks move forward one hour. Then, on the first Sunday of November at 2 a.m., the clocks turn back an hour. A good way to remember it? The time shifts match the seasons: Clocks "spring" forward an hour in March and "fall" back in November.
In the summer months, the sun is out for longer periods of time, so you can rely on daylight to avoid switching lights on. The clocks revert back to standard time for the winter months so the sun can rise earlier and the world starts the day off with sunlight -- otherwise some places wouldn't see the sun come up until almost 8:30 a.m.

When did it start?

The current March-November system the US follows began in 2007, but the concept of "saving daylight" is much older. It's debated who originally came up with the idea, but Benjamin Franklin appeared to have first mentioned it in 1784, when he wrote a letter to the editor of the Journal of Paris.
DST wasn't widely used until more than a century later, though. Several countries, including Britain and Germany, implemented DST during World War I. The practice aimed to cut artificial lighting use so troops could conserve fuel for the war. But the US didn't standardize the system until 1966, when it passed the Uniform Time Act.
For years, the US observed DST from the first Sunday of April to the last Sunday of October. In 2005, President George W. Bush extended DST an extra four weeks, officially taking effect in 2007.
But not everyone has opted to follow DST. Only 70 countries around the world "save daylight" every year. In the US, states are not required by law to follow DST -- Hawaii and most of Arizona do not observe it. Other states -- like Florida and California -- are working to observe DST year-round (rather than just between March and November).

Well ... It's debated.
While the practice can help reduce some energy consumption, critics have raised concerns of whether the amount of energy saved is worth the hassle of implementing the system around the world.
In 2008, the US Department of Energy found that the four-week extension of DST from April-October to March-November saved about 0.5 percent in total electricity every day. While that seems like almost nothing, it totals 1.3 billion kilowatt-hours and the DOE says that adds up to "the amount of electricity used by more than 100,000 households for an entire year."
But a study that same year by the National Bureau of Economic Research concluded that DST increases the demand for electricity -- even though lighting usage reduced, demand for heating and cooling increased, so electricity consumption was about the same.
Other studies have found that benefits of DST may be location-specific. One found electricity reductions in Norway and Sweden, while another saw increased electricity demand in Indiana.
Whether or not "saving daylight" is the most energy efficient method for electricity conservation is still up for debate. But for now, if you live in any of the countries that follow DST, remember to switch your clocks back before you go to sleep Sunday night. Otherwise you'll wake up thinking you're late to work.

Check Out The Newest Listings